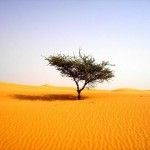 Workforce Management today shares a couple of interesting ways for teleworkers to beat cabin fever. After all, spending every day working from home leaves many people feeling as though they’re gathering dust.

Jellies are small groups of freelancers, entrepreneurs, and telecommuters who get together with their laptops in groups of 15 or 20 to brainstorm with others in similar or even different fields. (Why “jelly?” For jelly bean, says the founder of the original one, Amit Gupta.) It’s a chance to get a fresh viewpoint and a fresh view.  An employer of a telecommuter who participates in a jelly may find it advantageous or disadvantageous. The telecommuter should be warned about keeping company confidential information to himself rather than unwittingly sharing it in a brainstorming session with a competitor. A telecommuter could be lured away by a job offered through his jelly, but there’s an up side to that problem: he might also recruit good people for his employer.

A more traditional cure for cabin fever is “co-working” in a neighborhood office space set up for remote workers and entrepreneurs. Check out Workforce’s story on how a video game developer kept a senior programmer happy and productive in a remote office after he moved away for the sake of his wife’s job. For a small space rental, his company was able to provide an office environment that energized a productive worker who found that working from home drove him “stir crazy.”

This entry was posted in Telecommute. Bookmark the permalink.