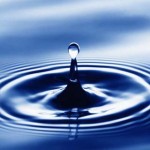 Imagine sitting in a meeting and someone is explaining the concept for the project when the loudspeaker blares, “Mr. Jones, Mr. John Jones, please call the operator.” Or in a phone conference, as a team is trading ideas,”Your meeting will conclude in 15 minutes.” Everyone stops speaking until the announcement finishes and then the discussion picks up where it left off. Now suppose that you’re part of such a discussion. Someone finishes speaking and you add your contribution. Everyone is silent as you speak. The next speaker replies, not to you, but to the person who spoke before you, as though you had been no more than a bit of stray noise on the line.

My colleague Carol says that when one participant’s input in a discussion is ignored, that’s sometimes called “plopping.” You don’t often see it in a conference room because it looks quite rude. If a dysfunctional team ignores a member in a face to face conference, it’s usually to intentionally isolate an unwelcome member. But in a phone conference, plopping can be unintentional

A participant can be sidelined in a phone discussion if his comments are difficult to understand due to a poor connection or because he is speaking in his second language. He might get an “Uh…yeah…” response before the discussion goes on around him. Sometimes no one knows what to say when a person makes an unexpected or unpopular point, so after a moment’s silence, the subject is changed without acknowledging the comment. Sometimes, especially in today’s global teams, a member is ignored because of a perception that he’s “not one of us,” and the conversation goes around him like a river around a rock. A quiet person may not be able to get a word in among more vehement members.  A person phoning in to a conference room where others are meeting face to face can be forgotten.

A team that ignores a member – accidentally or intentionally – loses someone’s expertise and perspective. They may also damage goodwill and trust, reducing the team’s effectiveness. Where this is a serious issue, a meeting facilitator can be engaged to monitor the conversation, reminding the eager speakers to allow room for others and drawing out those who need to be heard.

An unintentional plop in an informal meeting can be resolved by anyone, though. While it’s tough for someone who’s pushed out to say, “Hey, you’re ignoring me!” in a diplomatic way, anyone else who notices an accidental slight can set it right.  “Beth had a good idea. Beth, would you say that again?” “Did everyone hear what Kumar said?” “Bill, I don’t understand how that applies here. Can we set that idea aside and come back to it before we finish today?” “We haven’t heard from Maria. Maria, what do you think we should do?”

If you take the opportunity to bring in someone who’s being left out, you’ll learn more, look like a great team player, and make a friend.

This entry was posted in Teams and tagged Add new tag, phone, plopping. Bookmark the permalink.

This site uses Akismet to reduce spam. Learn how your comment data is processed.