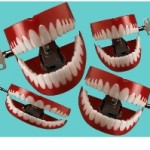 While instant messaging between telecommuters can replace some of the teambuilding function of chatting around the coffee machine in the office, and can help a supervisor to see who’s (virtually) at work, it doesn’t quite meet the need for replacing the general in-office chatter that keeps a team together. I’d wondered about Twittering, but security requirements for many companies would make that impractical.

B-NET points out Yammer, a Twitter-ish micro-blog for use behind the company firewall. How about using this for team members to keep one another abreast of what they’re doing and to update supervisors on who’s accomplishing what?

I like the idea that workers could present a view of progress toward objectives rather than showing simple presence through an instant message client. It lets people update coworkers at their convenience, too, rather than requiring them to start a “look what I’m doing” live chat.

Would it work for you? If you’ve tried it, what do you think of it?

This entry was posted in Blogs, Tools. Bookmark the permalink.